A Message From Pittsburgh 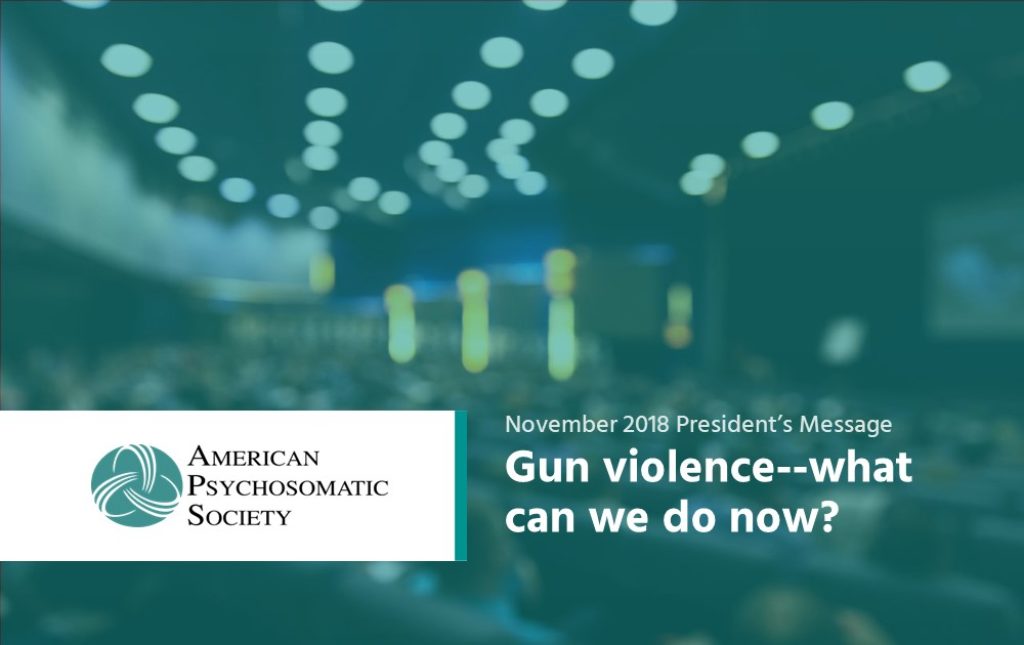 “Evil only succeeds when good people do nothing”
Martin Luther King, Jr.

On Tuesday, November 6th, registered voters in the United States will select 435 members of the House of Representatives, 35 senators, and numerous state governors, mayors, and other officials to lead our country.  The success of the candidates running for office depends on your vote – or not.  Pollsters are still busy trying to predict the outcomes of the various elections and understand the voice of the people, but this November 6th, let the President and the Congress know how you feel about the current direction of our country in the only poll that really matters – Election Day.

I planned to focus this month’s President’s Message on the importance of voting, specifically voting for science.  But shockingly, this past Saturday, a gunman wielding a legally purchased semi-automatic AR-15 rifle and several Glock pistols entered the Tree of Life Synagogue near my home in the Squirrel Hill neighborhood of Pittsburgh.  Spewing anti-Semitic hatred, he proceeded to shoot and kill 11 congregants aged 54 to 97 and injure two others during Sabbath morning services, and then wound four policemen who had come to stop the deadliest slaughter against the Jewish community in the United States.

Almost everyone in the close-knit Squirrel Hill community, including me, knows someone who was either killed, injured, or trapped in the synagogue during the gunman’s rampage, and our community is still reeling.  But we continue to receive wonderful support from our friends and partners from around the world.

If there may be any good to come of this terrible tragedy, I believe Pittsburgh can offer America an example for how communities can unite and speak-up against the hatred, fear, and ignorance dividing much of our country, as Pittsburgh is a welcoming, tolerant, and decent community united against hate and religious bigotry.

Cynical politicians have invoked lies to demonize political opponents, vilified the mainstream press, distracted us from the serious problems our country faces, and fomented hatred and division towards immigrants, minorities, and others.  Add in guns and bombs, stir in online disinformation and fury, season with anti-Semitism, spread widely through social media, and allow our top elected leaders to bring the whole mix to a boil.  Not surprisingly, this has led deranged people to violent action (read more about the neuroscience of hate speech here).

In his prophetic July 2018 essay entitled “We Deserve Better”, Tree of Life Rabbi Jeffrey Myers wrote “Current news recycles at a dizzying pace…Tragic event – Thoughts and Prayers – Call to Action by our Elected Leaders – Hand Wringing – Next News Event…Unless there is a dramatic turnaround in the mid-term elections, I fear that that the status quo will remain unchanged…Where are our leaders?”

What can we do now?

This November 6th, vote as if your life and your children’s and grandchildren’s lives and communities depend upon it.  It does.

P.S.: Don’t let the perfect be the enemy of the good. As scientists and health care professionals, we work to incrementally and continuously reduce the burden of disease. Why should the gun epidemic be any different?

What could Congress do?  Current federal law restricts felons, convicted domestic abusers, dishonorably discharged veterans, and people adjudicated to be mentally ill or subject to certain restraining orders from gun ownership.  Obviously, this has not been sufficient.  So why not try:

The views and opinions expressed above are those of the author and do not necessarily reflect the official policy or position of the American Psychosomatic Society.